Your browser does not support HTML5 which is required to run the site affectively.
X 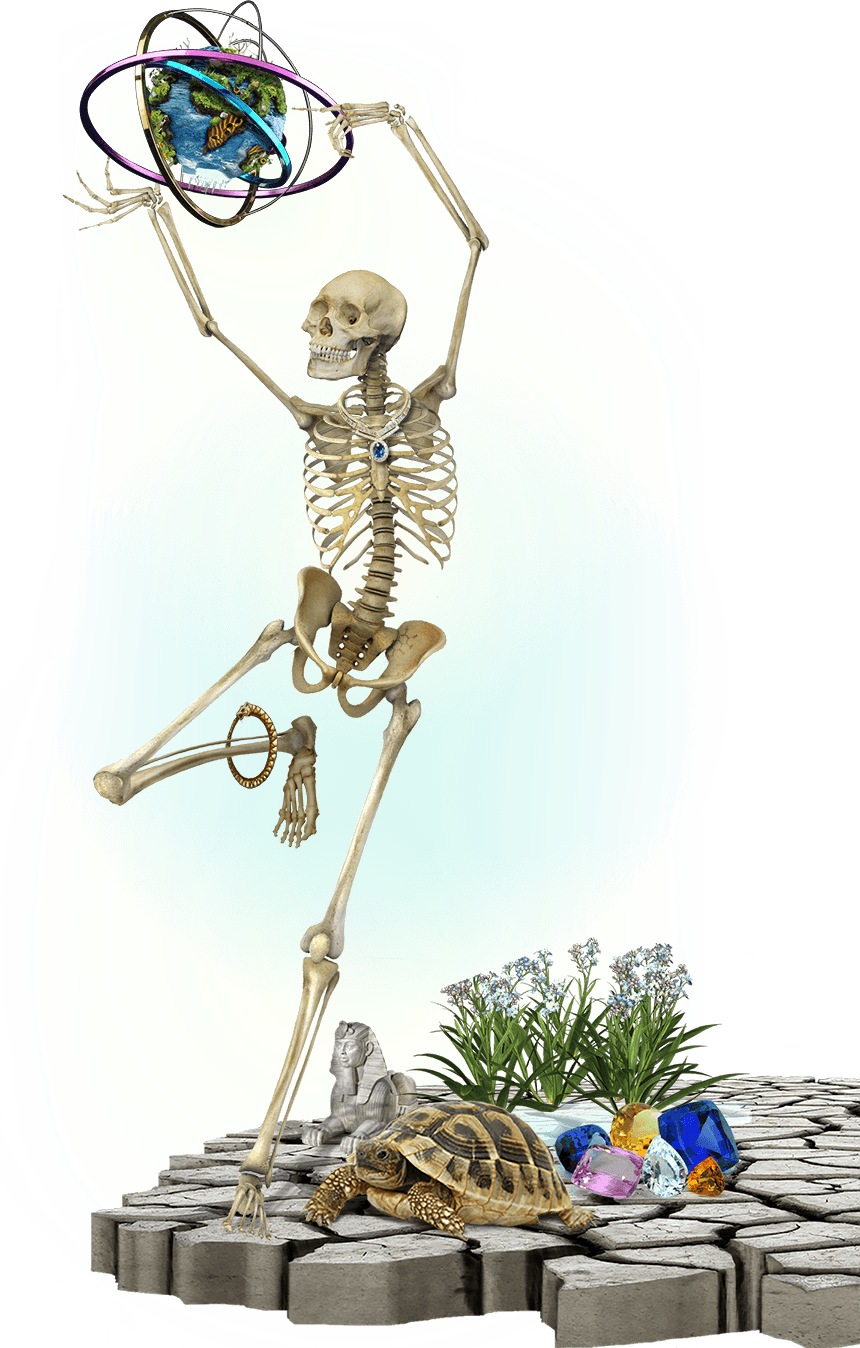 The human skeleton is a rigid framework that defines our shape and form. It also provides an anchor for our muscles to move our body and its parts, resulting in our ability to walk, swim, throw, kick a ball and breathe. It supports the skin and other organs and protects the soft vital parts of the body such as the brain, the heart and lungs. Bones also provide a storage facility for fats and important minerals such as calcium and phosphorous. Blood cell formation occurs within the narrow cavities of certain bones.

The human skeleton is flexible as a result of its tough, yet elastic, rope-like collagen fibres. It is also incredibly strong; at least five times stronger than steel in weight terms, able to withstand twice as much pressure as granite and four times the stretching tension of concrete. This strength seemingly defies its light structure, which comprises only 14% of body weight. On a microscopic level, bones are hollow, like a honeycomb, which accounts for their lightness. Their lattice-like structure of crisscross struts is perfectly angled to cope with stress and strain.

“In a crystal we have the clear evidence of the existence of a formative life principal,  and though we cannot understand the life of a crystal, it is nonetheless a living being.”

The microcosmic human skeleton mimics the macrocosmic Earth skeleton defined by her rigid landmasses - the seven continents. This skeleton, like the human skeleton is magnificently designed and engineered and is perfectly adapted to provide a vital anchor and protection for all its life forms. It is strong yet also surprisingly light and flexible as is seen in the lithosphere - the rigid outer layer of the Earth - which is broken into discrete buoyant plates drifting on the underlying soft and more mobile asthenosphere. These Earth ‘bones’ not only move like ours but they strongly resemble the cranial plates of the human skull, with mid-ocean ridges and plate boundaries resembling cranial sutures.

Why We Use Crystals?

Crystals are naturally occurring culminations of various Earth processes. They are products of a particular environment, have a certain chemical composition, inner structure and colour. Their origins reflect similar human processes and the gems that emerge upon completion, match the treasures we discover within ourselves as we complete various stages in our lives.

Sapphires for example, are created during igneous or metamorphic events. Aluminium rich magma at depth and under extreme pressure and temperature begins to cool. Corundum (Sapphire) is one of the first minerals to crystallize. It is colourless but has a crystal structure that allows for metal ion substitution, which in the case of blue Sapphire, is iron and titanium.

Mineral bearing magma reflects potential, and metamorphism, transformation through extreme heat and pressure. Like magma we bear potential which we crystallize into our everyday realities. We experience ongoing metamorphosis. Subjected to 'heat’ and ‘pressure’ we undergo change and develop our inner wealth - our gem (Sapphire) qualities.

When we use crystals, we align ourselves with a perfect conclusion. We immerse ourselves in the energy field of realization. In it ... we become it.

We are members of the Earth’s body but also contain her within us and so we not only heal ourselves when we use crystals, we also heal her. Whether we place crystals on our own bodies or the Earth's, the processes and results are the same, scaled and translated into our respective ‘languages'. Transformation of the Throat Chakra in Earth terms for example, may equate to the truth coming out in a particular country, the processes that follow to fix the problem, which result in a more transparent way of functioning.

“This we know; all things are connected like the blood that unites us.
We do not weave the web of life, we are merely a strand in it.
Whatever we do to the web, we do to ourselves.”

The Crystal Map And Morphic Fields

The Crystal Map tells the story of our intentions as a collective body. Every time a crystal is placed with a particular intention, a morphic field is generated. Morphic in this instance refers to specifically organised fields of crystals, of various shapes placed with specific intentions. These fields of energy exist beyond the visible capacity of the human eye and they function through direct immaterial connections in space and time.

Repetitive action stabilises and shapes these morphic fields. The more attention and feeling we focus on them, the more they grow in strength, which is why we encourage collective participation. Join us in our effort to grow the crystal map fields by regularly adding crystals and setting positive heartfelt intentions. Through the crystal map we are able to see the fields growing in real time. We can see who's doing what, where and with what focus. We can work with each other through common intention, especially in areas of the planet that are in need of support. Collectively we can make a difference!

Intentions are manifested into physical form when morphic fields grow to a certain size and have stabilized. This process is known as morphogenesis. With enough input we are able to create powerful fields that translate our intentions into physical healing for the Earth’s body and our own. A good example of this process was seen with the Arab Spring. In December 2010, Tunisians took to the streets with mass demonstrations demanding the ousting of the incumbent rulers (a morphic field was created with the intention of toppling the government; it grew in size and power as more people joined in and added their emotive intents). Much to everyone’s surprise, the regime fell within a month (morphogenesis). Once this happened, a wave of revolutionary demonstrations and protests, riots and civil wars broke out in the Arab world and other governments proceeded to fall.

This domino effect describes the process of morphic resonance, a theory popularised by Rupert Sheldrake and one we support at Earthbody. Morphic resonance refers to the inheritance of memory between similar systems. Everything in nature has a collective memory that is inherited from previous similar systems. Tunisia paved the way by creating the first habit, the memory of which influenced other nations in similar positions to behave in the same way.

Morphic resonance is observable in all facets of life. Laboratory rats that are taught new tricks influence other rats in laboratories elsewhere in the world. The original rats contribute the learned new trick into the collective ‘rat memory field’ and this memory then becomes accessible for other rats. The same is true of crystals. When a crystal is made for the first time there is no existing habit but having crystallised once, the second time it’s made, there will be an influence from that first crystal and crystallisation will happen slightly faster and easier.

Ultimately what we learn from all of this is that we live in a universe where things evolve from habits and repetition. This is good news because it means we have control over our actions and resultant creations rather than being dictated to by fixed laws. Changing our habits is thus the key to healing our world.